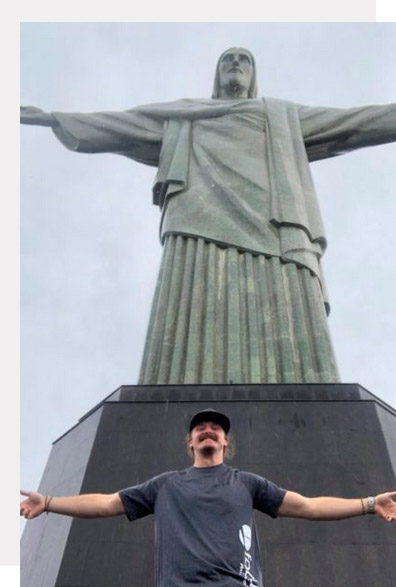 “MISSION BRAZIL was a truly beautiful experience! If I had to boil my time down to a few topics, I would choose these three: encounter with the poor, time spent serving with the Brazilian students, and the joy of the children we served “.

Encounter with the poor cannot be understated. Going on house visits and meeting the people of Caxambu and seeing their smiles is nothing short of meeting Christ Himself. This changes people and it changed me. The second reason for MB is the time spent getting to know the Brazilian students that we were able to serve with. We spent many of our lunches and evenings with these people and they truly became our friends. We shared laughs, cries, and prayed together. The third reason is the children we put camps on for. We spent a week planning and putting on a winter camp for kids. There were games, catechesis, arts and crafts, and sports. We were able to spend much time together, play, and teach about the Catholic faith. This was truly a great time and I hope I can take part again one day in the near future!”

“Being part of mission Brazil was a life changing experience”.

I was able to encounter Christ through people and most important share God’s love. I created lifelong friendships and I couldn’t be more blessed with how welcoming the Brazilians were. From visiting schools to rehab centers it allowed me to give back. Just as St Theresa of Calcutta once said “ Spread love everywhere you go. Let no one ever come to you without leaving happier.” Thank you CLM for a great opportunity! “ 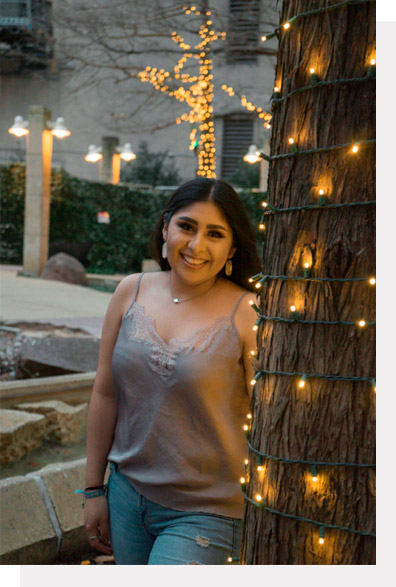 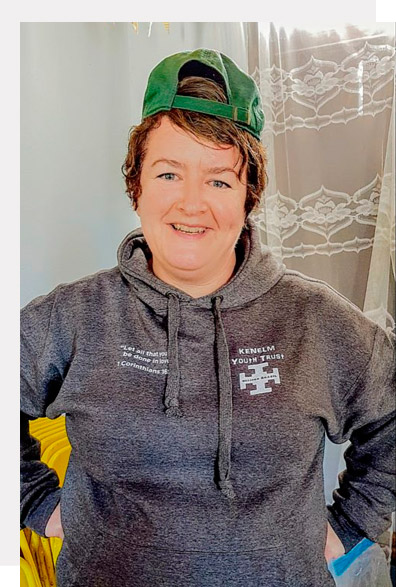 “At a party in September 2018, I was asked if I would join Mission Brazil 2019 as a nurse, I was honored to be asked and said “yes” straight away”

!We had many meetings in the following year, where we planned and prepared for the trip. I was soon amazed by my wonderful friends and family, their support, encouragement and generosity were marvelous! With their help, I raised 3 times more than the required amount! I arranged flowers, we had an afternoon tea, raﬄes, sales, parties and collections of donations of money and items needed.

Most days, I led a health workshop. Even our first day was busy, but as the days went on, we got busier. Mostly ladies and children attended, the ladies being the members of the family who would consider health issues. We all became friends very quickly and the ladies trusted me and my helpers. We were overwhelmed to receive home cooked food and homemade gifts and such great love from these ladies.

My helpers during these workshops were some truly wonderful young people from our group, who had expressed an interest because they were going to study medicine on our return. I felt such great pleasure at being able to teach my “students” and my audience, about a wide range of subjects including blood pressure and diabetes and lots in-between. I gave my students some blood pressure equipment as a present for their wonderful support and enthusiasm.
“One of the students has since told me that in his first essay at medical school, he described me as an example of compassion in health care!”

Every day of our mission Brazil trip was amazing! After a couple of days, one of the local medical students took me to visit the local medical centre, which was greatly under used by the local people. The staff and I instantly connected, they showed me around and showed me all their fabulous facilities, ranging from physiotherapy to psychotherapy and all in between!

This also included teaching aids in all the subjects that I had been asked to teach! I started to recommend the centre to the ladies I met, and they started to attend. One particular example was of a lady who had dangerously high blood pressure. I could not treat it but sent her to the centre where staff performed tests and started medication and I think that saved her life! The staff at the centre and I formed a wonderful bond. As our trip came to an end, I brought them all the resources I had left, this included many dressings, drugs, resuscitation teaching equipment and dummies and staff protection, such as gloves and aprons…. suitcases full!

We all cried that day, we were full of emotion, they were so grateful as I was!

Our trip to the orphanage was exceptional! While there, we met a little boy and his sister, he had muscular dystrophy. The children had been abandoned and found in the rubbish the previous year. A doctor visited the orphanage once a month. I am certain that it was no coincidence that we had visited that day. God had brought us all there. I know all our group and the staff will say that it was a magical experience for us all. The doctor told Fr Ryan and myself of their struggles to look after this one little boy and they had fought for and now had a nurse present 24 hours a day to look after him. He had positive pressure oxygen constantly (where oxygen is forced into the airways) due to him not being able to take a proper breath himself. Most of his muscles were very weak. His life expectancy a few years without the drugs he needed. That was the doctor’s current battle. He had just won funding for those drugs. I asked what we could do to help. The doctor said that they could see that his brain was fully functioning “

When I look back on the experience of Mission Brazil, it’s hard to believe that it only last two weeks! While there are many highlights, I want to share just a few of them here to help give you a flavour of what to expect.

“Firstly, I should say that my experience was very particular because I am a newly ordained priest. I was ordained three days before flying to Brazil, full of expectation and excitement.”

Something that struck me immediately was the joy of the volunteers and the great intercultural sharing between the British and the Brazilian groups. Thankfully, the Brazilian group speak English, but even those who didn’t speak English, language did not become a barrier. The group made us feel so quickly at home, in a place where we didn’t have the language and the culture is very different to our own.
Another highlight must be the people of Meio da Serra. The community there are an inspiration. Our presence there is truly appreciated, and they love to be involved and to see some of the works we are doing. The children involved in our activities stand ready at the gates every morning eager to come back. Their families enjoy popping in to see what we are doing in terms of the maintenance works and transforming the public space. As part of Mission Brazil, you have the chance to visit some of the local families in their homes where we are always welcomed in with a smile. For some volunteers this is their first experience of visiting and praying with people, talking and interacting with people in an area they do not know. I have seen how it is a real opportunity for growth in faith and personal skills, being able to communicate with others, but more importantly to listen to their stories.
The cultural nights are a great way to mix with different people. The Brazilians and the British take it in turns to put on a party to celebrate and share aspects of their respective cultures. From food to music, dancing to singing, everyone has a chance to be involved and many of the host families come to join in. If you are curious about British culture, the experience is certainly an insight!
“A personal highlight for me is our day trip to the Christ the Redeemer Statue in Rio de Janeiro. Celebrating Mass at the foot of the statue is an event I will never forget.”

It is only a small chapel and many tourists were watching what we were doing; listening to our music, joining in with our prayers. Sharing faith with people from other cultures is a true gift and it helps you appreciate the universality of Christianity and we can learn from other traditions that enrich our own.
I look forward to seeing you on the next trip! 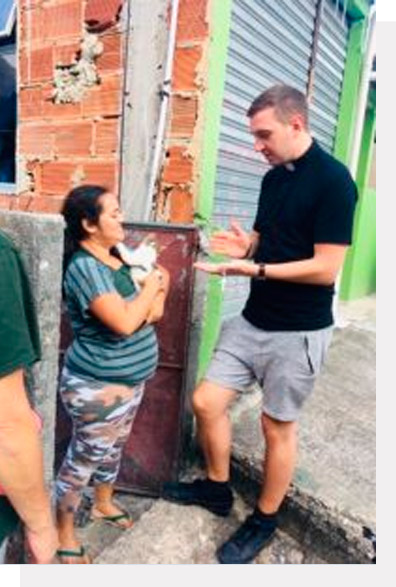 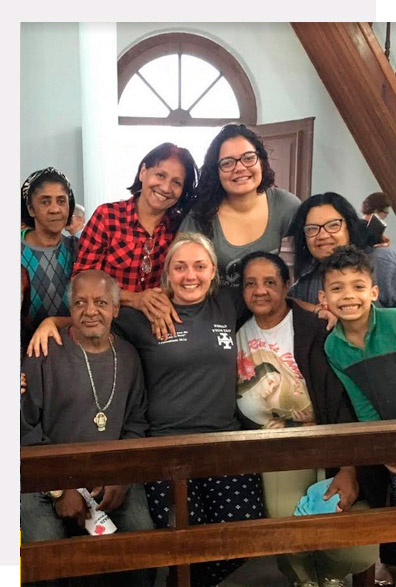 Mission work is something I’ve always wanted to do from a young age and last year I was lucky to be granted a place on Mission Brazil as part of the Birmingham Diocese based in the UK. I expected mission work to be rewarding and life changing but I wasn’t prepared for how awesome it would be! For 2 weeks we planned lessons and worked in the local school in the community of Meio de Serra. We also held workshops and heath care sessions for the families in the community. Every morning we’d meet at the centre then travel on a short bus ride to the small village. We’d have daily mass either before or after visiting the community at the chapel in Petropolis and on special occasions at St. Sebastians in Meio de Serra, which was amazing. The church community were so vibrant and welcoming, it felt just like home. Our visit to the orphanage was inspiring and I was so thankful to be able to visit and share music, songs and laughter with the children. The most rewarding part the mission for me was visiting the community in their homes. To be welcomed by a complete stranger into their home was extremely humbling and to share faith and pray for their intentions was so moving. You can do anything through Christ and by these words and by showing his love, we were able to make such a difference in such a short amount of time to the lives of so many. It was an amazing experience which makes me grateful every day for everything and everyone I have in my life. I met some amazing friends whom I’m still in contact with both in the UK and Brazil and we shared moments we’ll never forget. One of the highlights of the mission was reading the bidding prayers at mass in the chapel at the feet of Jesus at Christ The Redeemer. Having our own private mass in such a spiritual place was extremely moving and we definitely felt Gods presence with us… a definite WOW moment. I loved the experience so much that on the last day I had a tattoo of the MVC to always remind me of the town, the people and the service we gave to so many. If you want to live a simple life and take a step back to appreciate how beautiful Gods world is then Mission Brazil is definitely for you. Thank you to everyone that made this experience amazing and to all those who shared in the joy of The Lord with me. Can’t wait to see you all on the next Mission Brazil.